Currently based in Denver, CO, Jake has spent the last few years backpacking and garnering insights on global economies and emergent communities. A self-taught stock trader in his youth, Jake entered the cryptocurrency arena in early 2011 at age 17, inspired by community currency visionary Robert Swann, the works of counterculturist Hakim Bey and connecting his yoga practice - specifically the cultivation and distribution of attention - to understanding the nature of value.

As he observed networks creating value over time through on individual and collective participation and emotional connection, Jake worked as a community evangelist for the Synereo project, which monetizes original content posted on the web. He then led the marketing efforts for the SingularDTV Token Launch, which provides artists applications to manage projects from development to distribution.

In 2016, Jake founded Cryptodex, the first ever token launch consulting firm. He was involved in a series of successful cryptocurrency launches and projects including Tokencard and Primalbase. He also supported Bancor, which enables instant liquidity and convertibility for tokens of any size market cap.

With the success of Bancor and its framework opening the doors to new possibilities of value creation, Jake began to envision Native, which enables emergent communities to express their ethos, make collective decisions and utilize their own currencies. 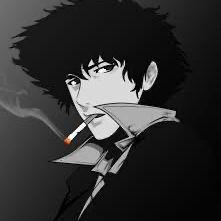